I've been going to court to hear the proceedings against a few of the 230 people arrested for protesting the Kinder Morgan pipeline. Today we were in a smaller courtroom without security glass so I was close enough to the action to sketch. Judge Affleck has been handing out some harsh sentences to the water protecters, many of whom are seniors. I'll be in front of the judge on Dec 5 and might end up going to jail. Probably won't draw that day. 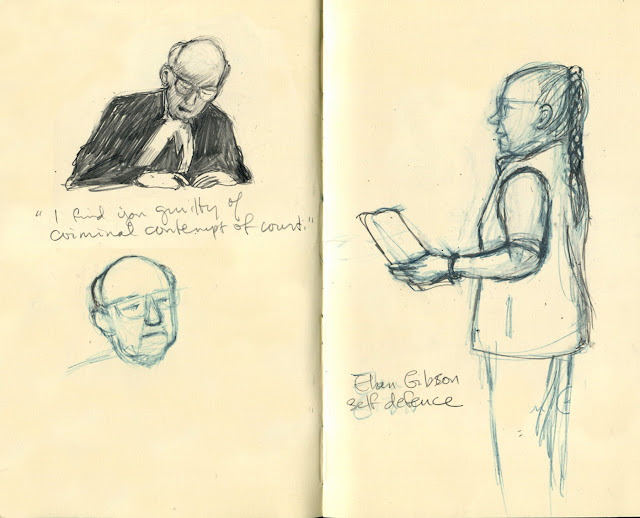 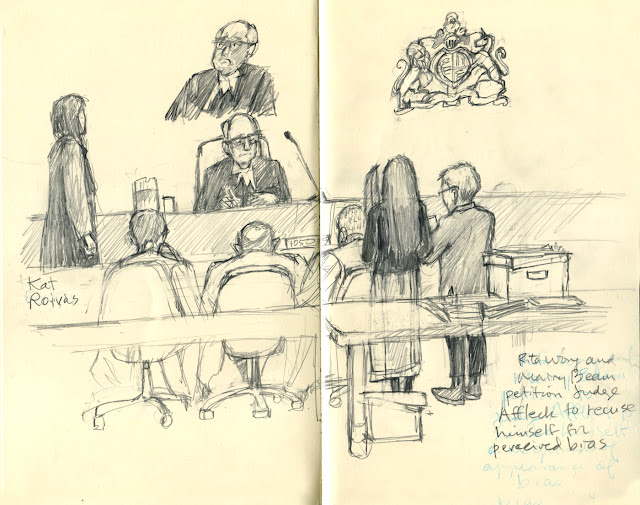 Posted by Cynthy Nugent at 7:50 PM