I signed up for the free online course Exploring Animation offered by the Open University.  Here's exercise one, the famous bouncing ball flipbook exercise to learn about arcs and squash and stretch.  Mine was done in photoshop with the AnimDessin plugin and a Wacom tablet.  Bending over a drawing hurts my neck after 20 years of making art, so sitting up at the computer screen lets me have better posture while drawing.
Posted by Cynthy Nugent at 11:26 AM 2 comments: 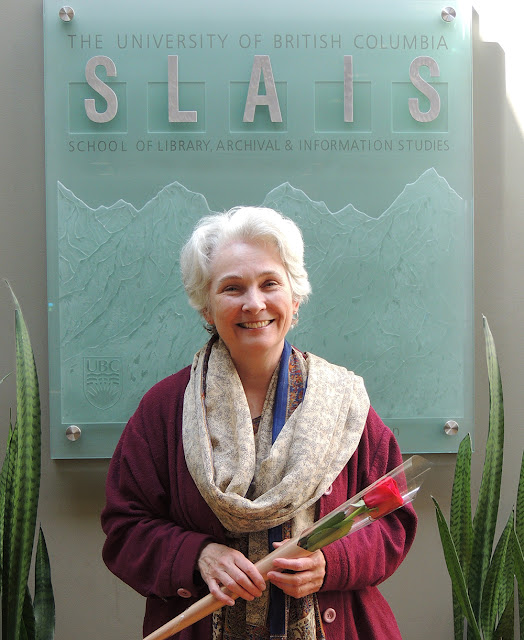 I'm so incredibly pleased to have completed my MA in Children's Literature at UBC.  The program was a life-changer for me and I found in it a world of new ideas, inspiring professors and colleagues, and friendships with people who shared my interest in picturebook apps. My ambitious thesis was a  creative-theoretical hybrid, a new category which was introduced in the nick of time, as far as my thesis was concerned. Dr. Eric Meyers championed my creation of a functional iOS app in a program that until that time only allowed written theses. I'll always be grateful to him for suggesting and arguing for a human-computer interaction model of a design-based study. So my thesis was also the first of hopefully many more such theses in the Children's Literature MA program at UBC.

My MA took the full 5 years. During that time I also illustrated Mister Got to Go, Where Are You? by Lois Simmie (Red Deer, 2014), founded Rascal Media, and started making animated children's book trailers. I also spoke at three conferences, including at Confia in Portugal.