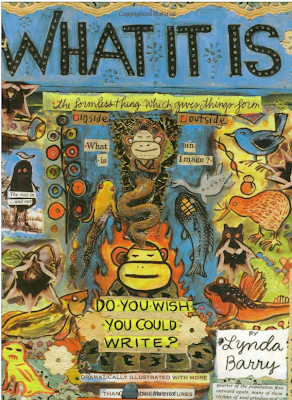 There's a fascinating article in today's Publisher's Weekly online about Canadian graphic novel publisher, Drawn and Quarterly. They have a well-respected international reputation, publishing authors like Lynda Barry.
Long hailed as one of the best literary graphic novel publishers today, Drawn & Quarterly has not rushed into announcing a digital strategy for its list of highly regarded graphic titles. Now the publisher has teamed with Kobo to make its entry into digital delivery. D&Q/Kobo will release Chester Brown’s 2006 Harvey award-winning work of graphic nonfiction, Louise Riel: A Comic Strip Biography, a fictionalized biography of the 19th Century champion of French Canadian aboriginal people; and the controversial 2011, Paying For It: A Comic Strip Memoir About Being a John, a nonfiction account of his experiences with prostitutes. D&Q print titles are distributed by Farrar Straus Giroux.
I was fascinated to read about their publishing contract and that they are influenced by the Writers' Union recommendations. I've found in contract discussions that publishers flap their hands dismissively when you mention TWUC recommendations, so was really pleased to read the following.
D&Q publisher and editor-in-chief Chris Oliveros said that e-book proceeds will be split 50/50 between its authors and the publisher, citing rights recommendations from the Writers Union of Canada. “D+Q has always been an author-centric company, it is this ethos that has shaped us into who we are today,” Oliveros, “it only seemed natural to offer the fairest proposition to our authors.”
Posted by Cynthia Nugent at 9:52 AM